The Mesozoic dinosaurs were the most spectacular animals that have ever lived. They were the product of the process of evolution that began when the first flicker of life appeared on Earth 3.8 billions years ago. But it took more that 3 billion years for life to develop beyond microscopic single cells. The earliest multi-celled life forms evolved in the oceans about 600 million of years ago (MYA), and gave rise to to all the living beings that have appeared since. But as new life forms evolved, older ones became extinct, sometimes in catastrophic mass extinctions that reshaped the entire living world. 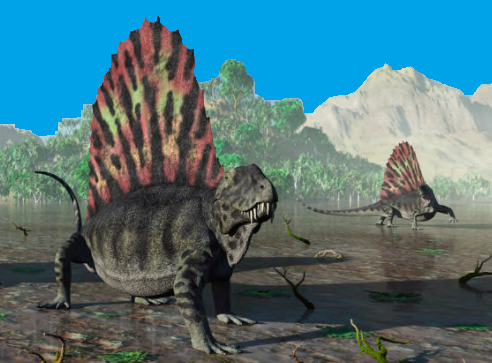 The Permian geologic period saw the evolution of the first reptiles and the ancestors of the modern mammals. It ended in a catastrophic extinction, which destroyed 96% of all species and ended the Paleozoic era. No one exactly knows about the cause of the Permian-Triassic extinction, although a series of massive volcanic eruptions resulting in a depletion of atmospheric oxygen was the likely culprit. This “great dying” at the end of the Permian period, opened up the earth’s ecosystem to new terrestrial and marine reptiles, and led to the evolution of dinosaurs and new types of mammals, called the Monotremes. 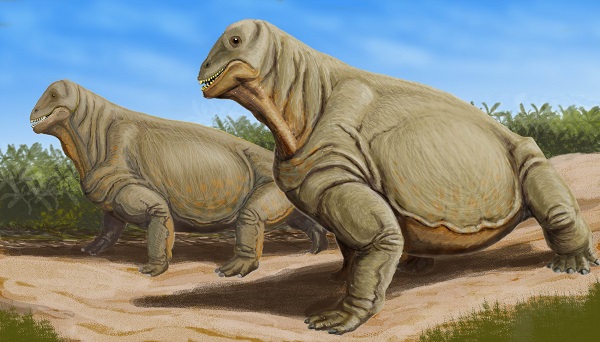 It took million of years for life to recover from the Permian extinction. But by the end of the Triassic geologic period the earliest pterosaurs and mammals had evolved.  The period spanned 50.6 million years till the beginning of the Jurassic Period 201.3 Mya. The Triassic is the first and shortest period of the Mesozoic Era. Therapsids and archosaurs were the chief terrestrial vertebrates during this time. The first true mammals (a specialized subgroup of therapsids) also evolved during this period, as well as the first flying vertebrates, the pterosaurs, who, like the dinosaurs, were a specialized subgroup of archosaurs. 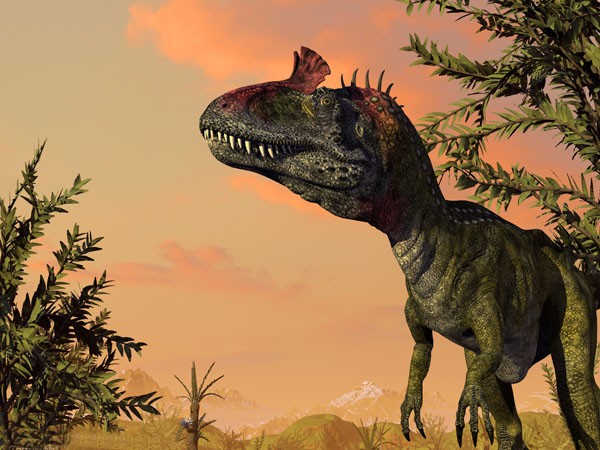 The Jurassic geologic period, which constitutes the middle period of the Mesozoic Era, spanned 56 million years till the beginning of the Cretaceous Period 145 Mya. The period is named after the Jura Mountains in the European Alps, where limestone strata from the period were first identified. During this period the dinosaurs dominated life on land. They included the giant plant-eaters hunted by powerful predators (Therapods such as the Cryolophosaurus). This period also witnessed the first birds that evolved from a branch of Theropod dinosaurs, the appearance of the earliest lizards, and the evolution of Therian mammals. 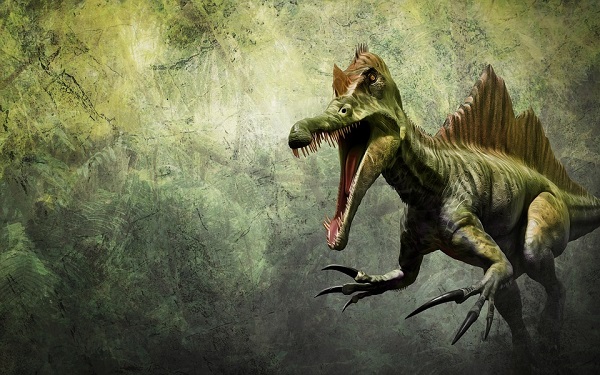 The name Cretaceous is derived from the Latin creta, ‘chalk’, which was abundant in the latter half of the period. At nearly 80 million years, it is the longest geological period of the era. The period saw the evolution of the first flowering plants, many types of dinosaur, and new groups of mammals and birds. The Cretaceous period (and the Mesozoic era) ended with the Cretaceous–Paleogene extinction event, a large mass extinction in which many groups, including non-avian dinosaurs, pterosaurs, and large marine reptiles were wiped out. The mass extinction that ended the Mesozoic era killed off all the dinosaurs except the birds. During the new Cenozoic era, mammals evolved in to bigger forms that took the place of the vanished giants. Although dinosaurs, pterosaurs and marine reptiles had gone completely extinct by the start of the Paleogene period, the same wasn’t true for their close cousins, the crocodiles, which not only managed to survive the extinction but actually flourished in its aftermath.