Want to know who would win the epic battle between a T-Rex versus a Spinosaurus? Well, read on. And lets be fair, T-Rex was not even born when the mighty Spinosaurus used to roam the earth.

As shown in the famous film, Jurassic park three, the Spinosaurus was a bit inaccurate, well it was bipedal, but it’s hands weren’t so small. It had big arms so that it could walk on all fours when hunting but while fighting and mating, it would rather be on 2. It was ferocious and is known for its size and massive strenght. It had a weight of 22 tons! It had a jaw that contained teeth that were mainly used for gripping fish but it also hunted other dinosaurs and stole the hunts of other carnivores. It’s teeth made it’s bite powerful, although mostly for gripping slippery prey, but it was deadly enough to give lethal damage. Spinosaurus is known to be  bigger than Giganotosaurus, Carcharodontosaurus, Mapusaurus and Tyrannosaurus! And thus the biggest and the deadliest predator to ever walk on earth, thus making it a creature that was not to be messed with.

Tyrannosaurus is a well known dinosaur and most of the kids are a big fan of him and had a bite force of about 12,000 pounds whereas Spinosaurus had only 5000-4000 pounds. It mainly ate Triceratops and some other hadrosaurs. It’s teeth didn’t make it’s bite deadly it’s jaws made it deadly. It’s jaws had the strength. It’s the hero of the film Jurassic park (1994) and Jurassic world (2015). It was fearsome. It’s sense of smell was perfect. It fought off tough prey such as Triceratops and Ankylosaurus. Its main weapons were head butting and brutal bites, but our spino ha much stronger head butts, because of its hard crested skull. 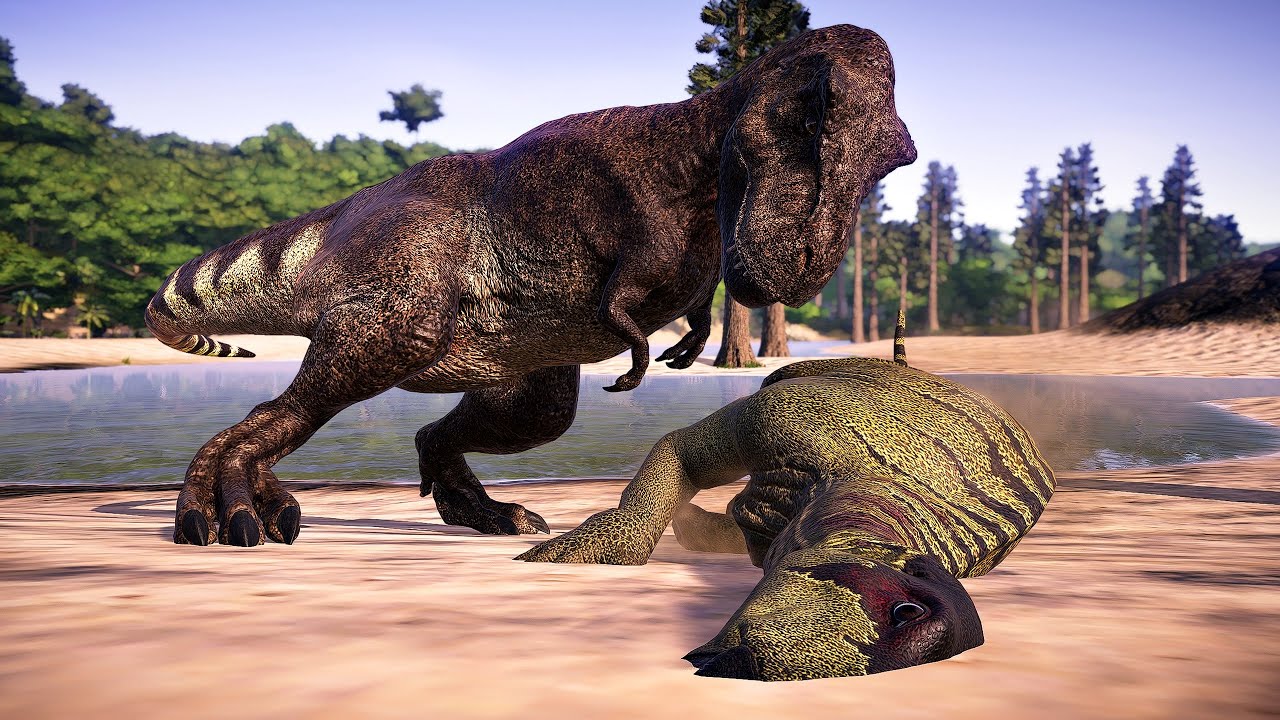 With 9 inches claws and strong, gripping 8 inches teeth, and with the more faster neck movements, the most probable outcome is that spinosaurus kills t rex, but it would be hard to kill the mighty t rex on land, but with that size of claws and neck movements its gotta be THE SPINOSAURUS. 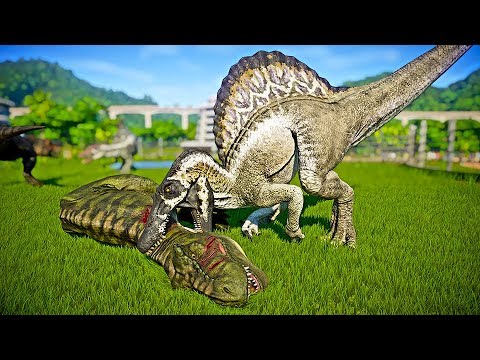